After the Aam Aadmi Party’s massive victory in Punjab, today Aam Aadmi Party leader Bhagwant Mann is going to take oath as the Chief Minister. It is being told that this ceremony is going to be held in Khatkar Kalan, the native village of Shaheed Bhagat Singh.

In the 117-member Punjab Assembly, the Aam Aadmi Party won 92 seats with a thumping victory. At the same time, Congress has got 18 seats, SAD + 4, BJP + 2 and others have got only 1 seat and the majority figure in the state is 59.

Will take oath as Chief Minister of Punjab at 12:30

It is being said that the program will start at 11:30. Many veteran leaders will be seen in this ceremony and around 12:30 pm, Aam Aadmi Party leader Bhagwant Mann will take oath as the Chief Minister.

Today is a big day for Punjab – Arvind Kejriwal

Delhi Chief Minister Arvind Kejriwal said, today is a big day for Punjab. On this golden morning of new hope, the whole of Punjab will come together and take a pledge to make a prosperous Punjab. To see this historic moment, I have also left for Khatkar Kalan, the native village of Shaheed Bhagat Singh. 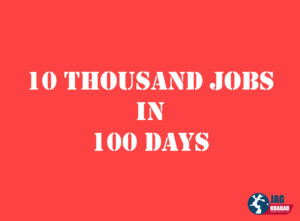